The Pretty Key –
Album 3 of the Trilogy 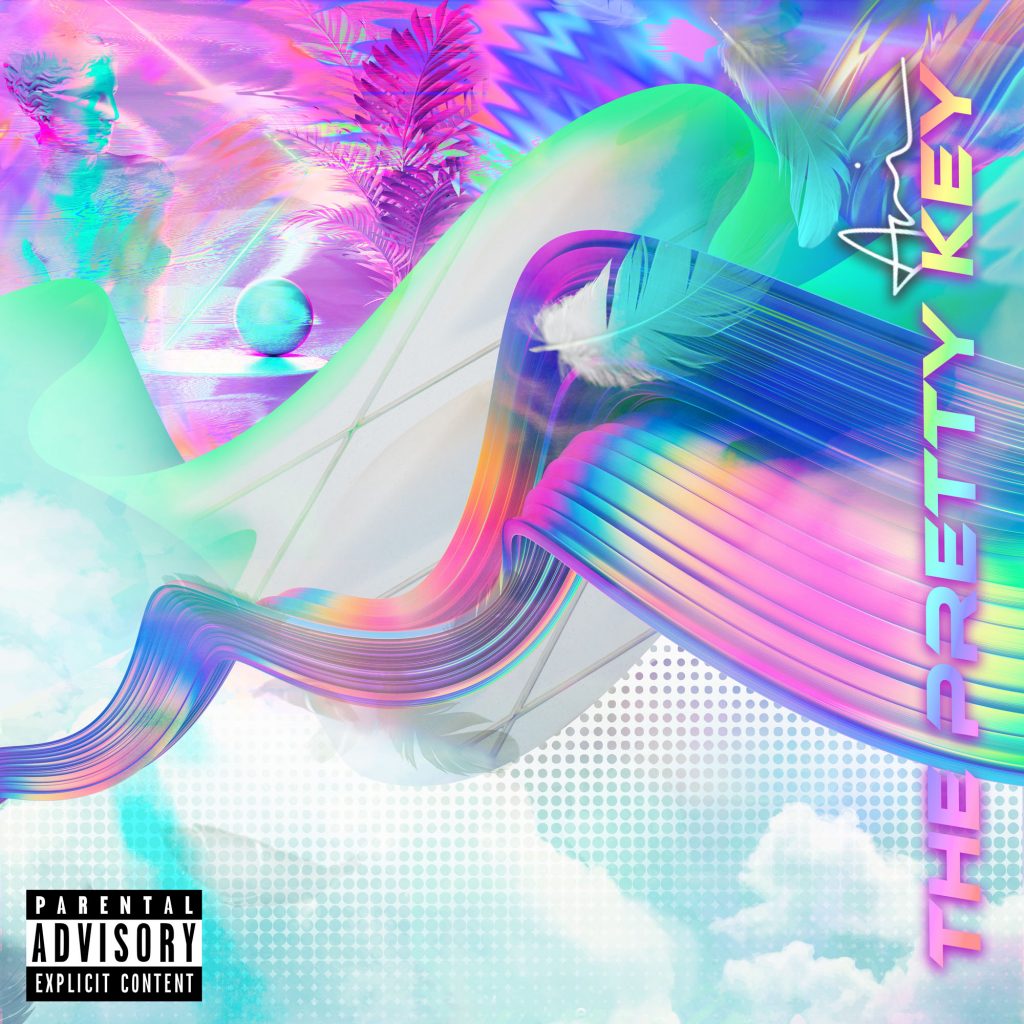 This is the third and final album in my quirky surrealist Trip Hop meets Electronica series
The Lavender Mouse which I produced and released through my indie imprint Mythic Rhythmic between June of 2021 and February of 2022. This album is now available on Spotify, Apple Music, Tidal, Pandora, iHeartRadio, and Beatport.

The Pretty Key takes place as L33ta, one of the last half human/half AI, struggles in a race against the timeline in a dystopian world, far from our own and yet it is a landscape filled with the echoes of a now almost forgotten human realm. The themes from the songs on this album are subtle but meaningful. Things that may seem like the answer, especially when they arrive in the form of a pretty key, aren’t always as they seem. Sometimes the beauty of the key is so distracting we forget what it was we were looking for in the first place. Things like addiction, greed, vanity, and even love can keep us struggling to find the door.

A mix of synths and sonic explorations, the 11 tracks on the album are written and recorded by me in the months of November through January, 2022.

Hi, I'm Acacia Carr. I am a music producer, vocalist, and digital artist based in the USA. I share my thoughts about my work and inspiration here.

If you are looking for Mythic Rhythmic, the Blog in which I feature indie electronic music, venues, and events-highlighting hidden and emerging creative talents from around the world, please visit the new Blog website at mythicrhythmic.com

Looking for a topliner, songwriter, or producer for your next project? I am available in 2022. Please visit my Profile on SoundBetter for more information.